Des (Basher) Healy, a Roscommon man had never seen a rugby ball before he went to Rockwell College. He later found himself in Cork and was on the Dolphin 1947/48 Munster Senior Cup winning team. He was on the Munster side that were defeated by Ulster in November 1948, a side that contained 6 Dolphin players and a future one. 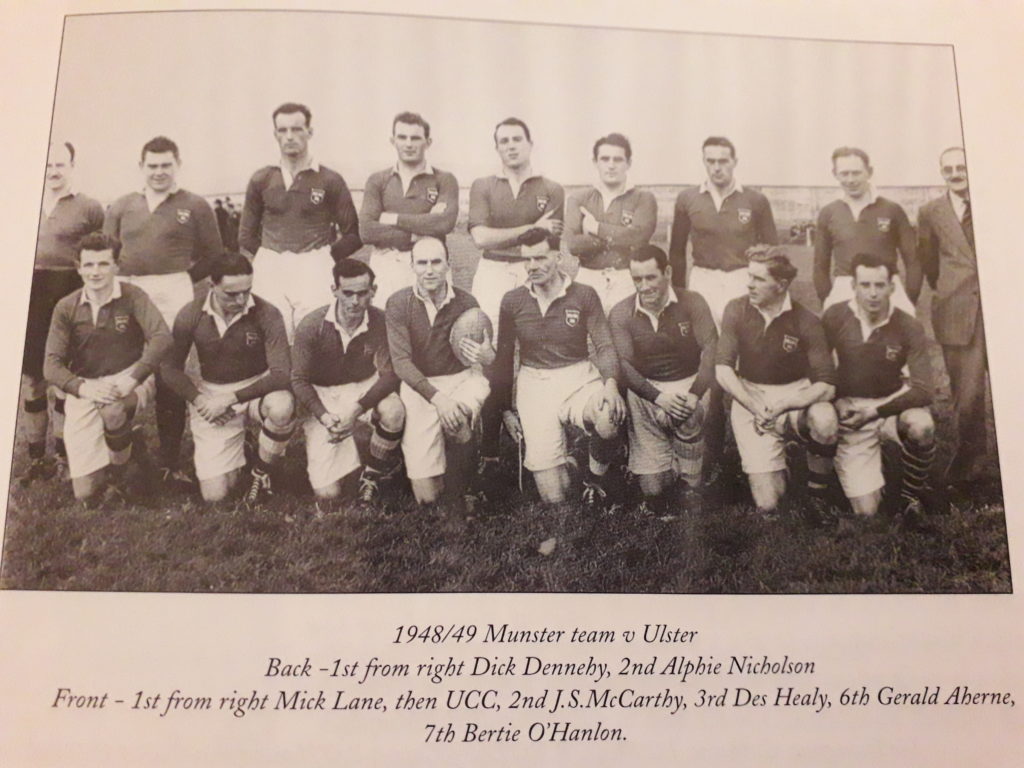 He then went to England to play Rugby League professionally, he joined Halifax, made their starting team and six months later he was lining out at Wembley in the Rugby League Challenge Cup Final. Halifax player number 600, played in front of the biggest crowd that had ever attended either a Rugby League or Union game, attended by 95,050. Unfortunately , the result 71 years ago today did not go the way of Basher Healy as Bradford Northern won 12-0 on 7th May 1949, 71 years ago today.