A little piece of Dolphin History on Ebay

A little piece of Dolphin History on Ebay

Sometimes you just stumble across something interesting a this was just one of those times.

The two cards have been purchased, don’t worry, we are not starting a go fund me page, the total cost between the two cards and postage was €6.69.

Lets have a look into the interesting careers of both players. 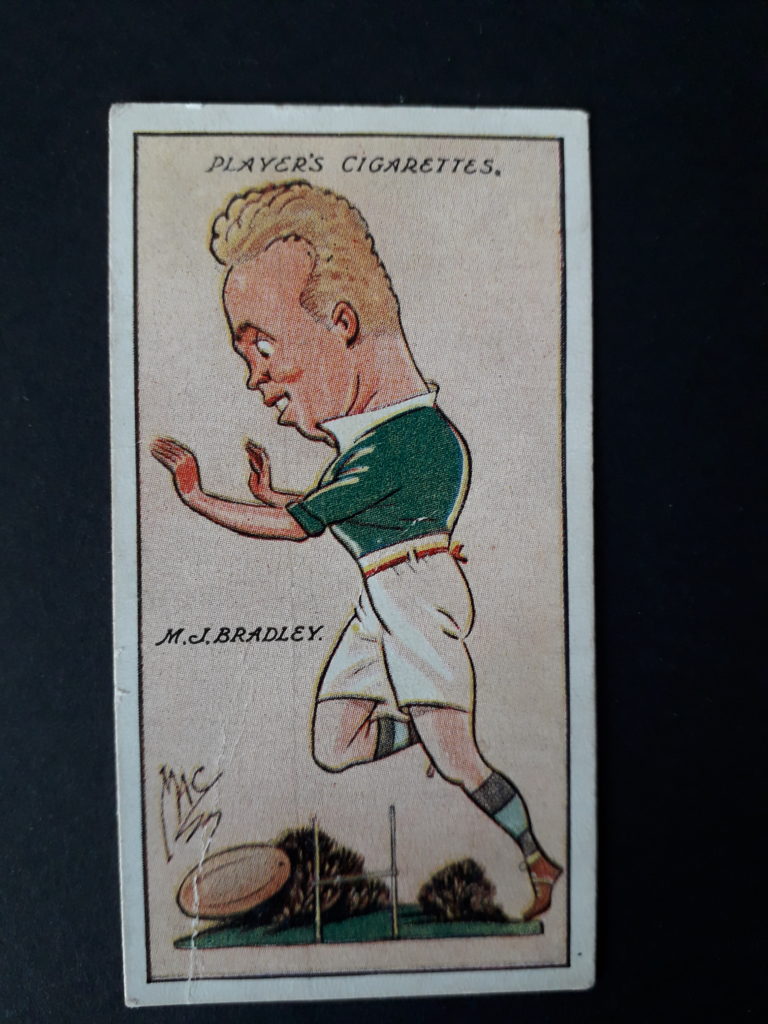 1919-20 was Dolphin’s 2nd season at Senior level. They captured their first trophy at this level, in what was then the Munster Charity Cup. In the front row was Michael J Bradley, that season he made his Munster debut and played against both Leinster & Ulster. He played 15 of the 16 interpro’s over the next eight seasons. He was credited with two tries, two penalties and a conversion. 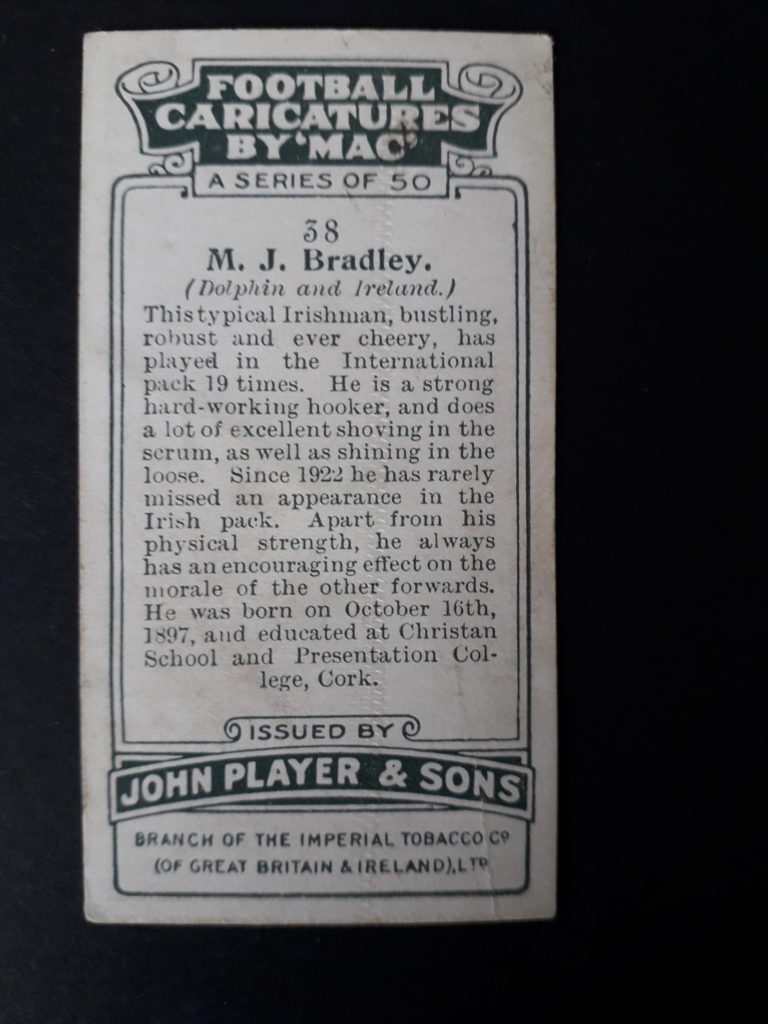 As already mentioned he made his debut on 13.03.1920 v Wales at hooker. When fellow Corkman Billy Dorgan, a centre, got injured early in the opening half, Bradley was moved to centre until half time. He earned 19 caps, 13 at prop and six at hooker.

He played in the four internationals in 1925-26 when Ireland were denied a Grand Slam by the post. They were 11-8 down v Wales in the final minute when a drop goal attempt (then 4 points) struck the posts.

In his final season he played v France on New Years Day at Stade Colombes, Ireland were playing well and 8-3 ahead and the crowd were extremely vocal. The referee sensed there maybe trouble ahead so he told the Irish the next time they got near the pavilion he would blow full time, then “they should run for it”, which they did. They were prisoners inside for nearly an hour, bricks, slates etc were being thrown before the referee was smuggled out in the back of a Renault. Ireland shared the championship that season.

Michael went over on the 10th British Isles Touring side but came back a Lion- the name originated on this tour but was not formally recognised until the 1950 Tour.

They were long affairs back in 1924 (first tour since 1910 due to the Great War). They played 21 games including 4 internationals over 10 weeks. The squads were smaller, they brought 31 players including 15 forwards, while the 2017 Side had 41 players including 22 forwards for 10 games.

He did not play in the Tests but played in 13/17 other games.

While doing all of this he also managed to represent Ireland 4 times at Waterpolo. 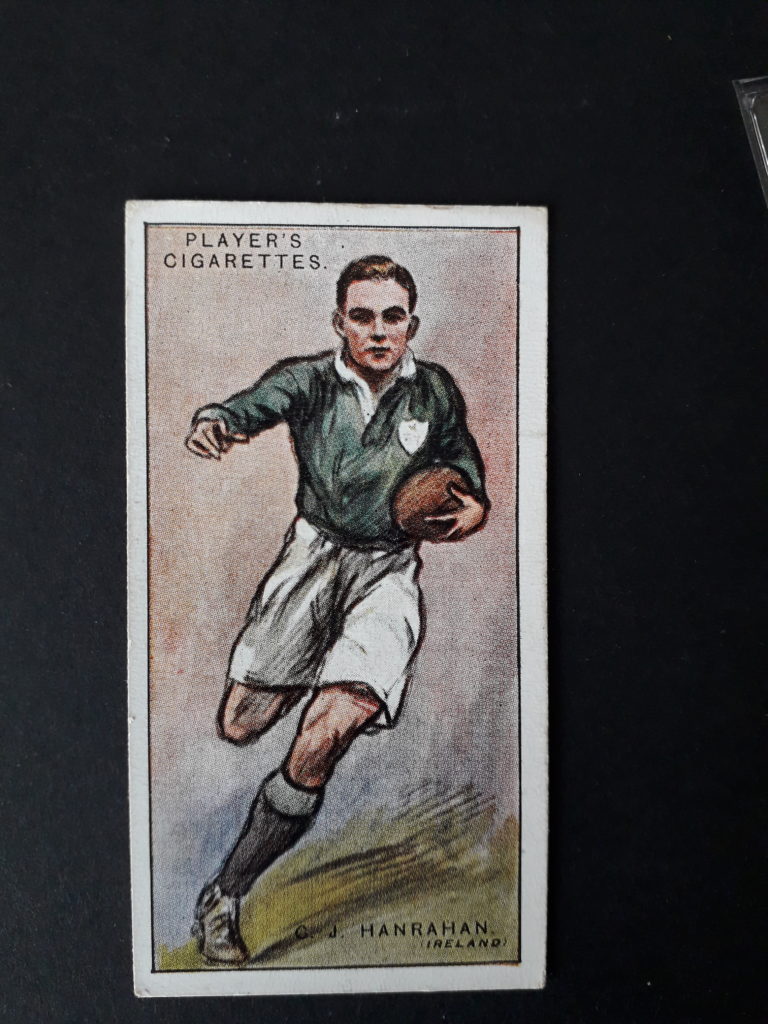 In 1924-25 Dolphin won the Charity Cup but were once again cup runners up to Garryowen. The following season they won the Munster Senior League again. Charlie did finally get a Munster Senior Cup medal in 1930-31. 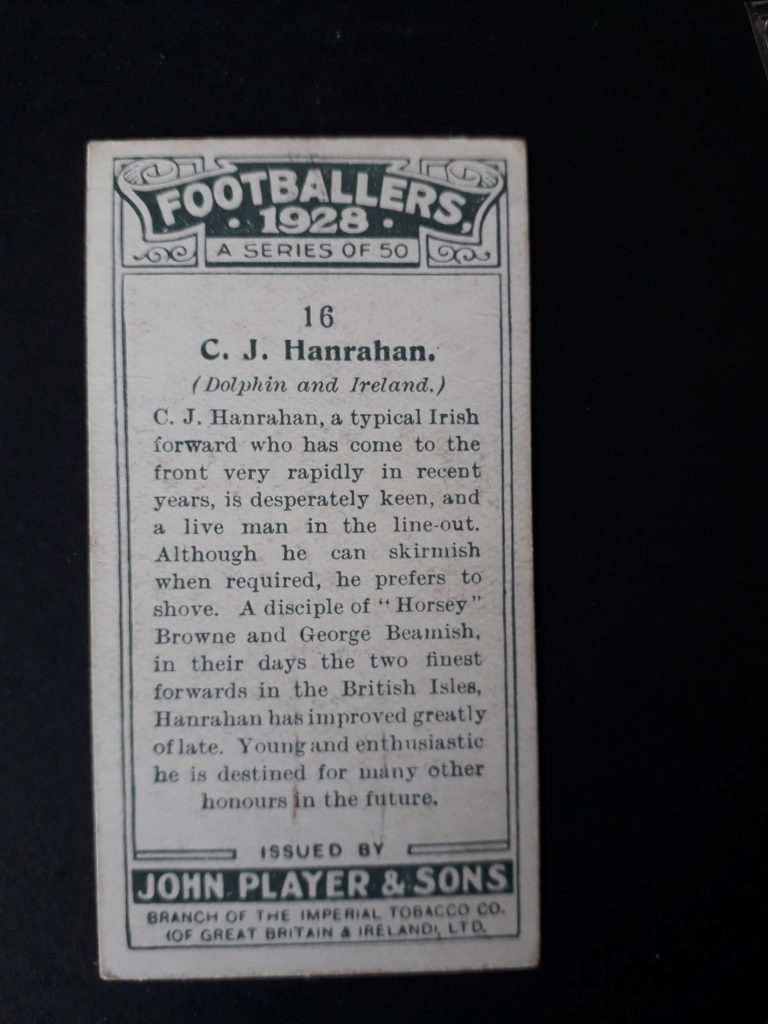 Charlie made his Munster debut v Ulster in 1923/24 and played in every Munster interpro for the next eight seasons, a total of 16 games, kicking two penalties & three conversions.

He captained Munster v Ulster in November 1927, what was unique about this fixture was that it was the first time they had played in Cork- up to then all inter pros were played on successive Fridays & Saturdays in Dublin.

Charlie made his debut v Scotland on 27.02.1926, the outcome of that season is outlined above. His first two games for his country were at No 8, scoring in the 2nd one, he also played 17 times in the front row (once alongside M J Bradley). But what is very unusual is that he was capped in each row 17 front row, 1  2nd Row  and 2 back row.