The sides met for the first time on Saturday at Musgrave Park, Queens were the 51st side that Dolphin have met in the AIL. Both sides went into the game with 3 victories from 8 games, however the Belfast side was 6 more points thanks to 3 try bonus points and a losing bonus point from each of their 4 losses.

In the wild and windy conditions it was the sudents who opened the scoring with a try, after 20 minutes. After quite a bit of pressure, Dolphin through Paul Daly forced themselves over for a try near the posts which Daryl Foley converted. Foley was succesfull with a long range penalty soon after to extend the lead to 10-5 at the break. 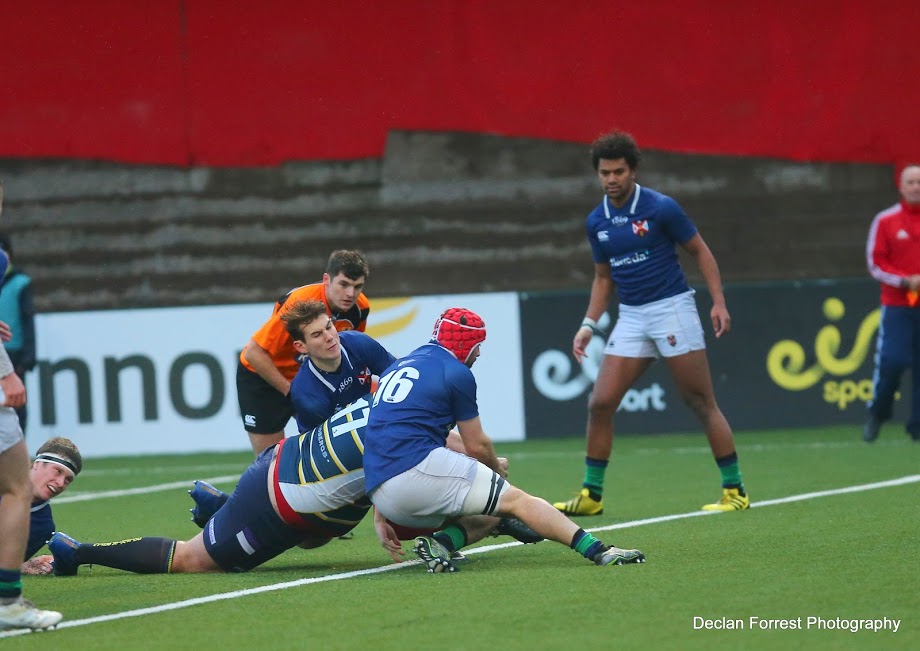 After 62 minutes Queens  University picked up a loose ball at a lineout and scored a 2nd try to level the game but were unable to convert it. Up stepped Daryl Foley again in 74th minute with another difficult kick from distance to edge Dolphin in front again. As Dolphin tried to run down the clock they were penalised at a ruck which gave the students more than a little hope of a late late try. 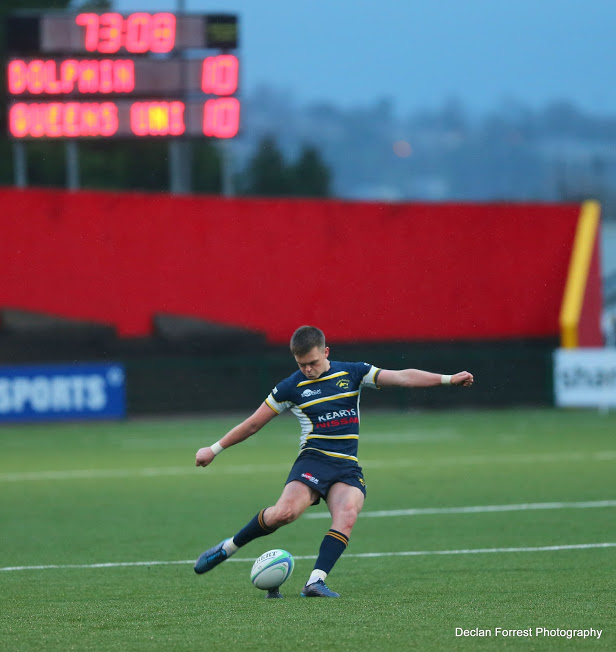 The Dolphin defence stood firm and had to handle a determined Queens University to close out the game.

Dolphin go into the Christmas break,6th in the table but well aware that there is only 4 points between 6th and 9th.