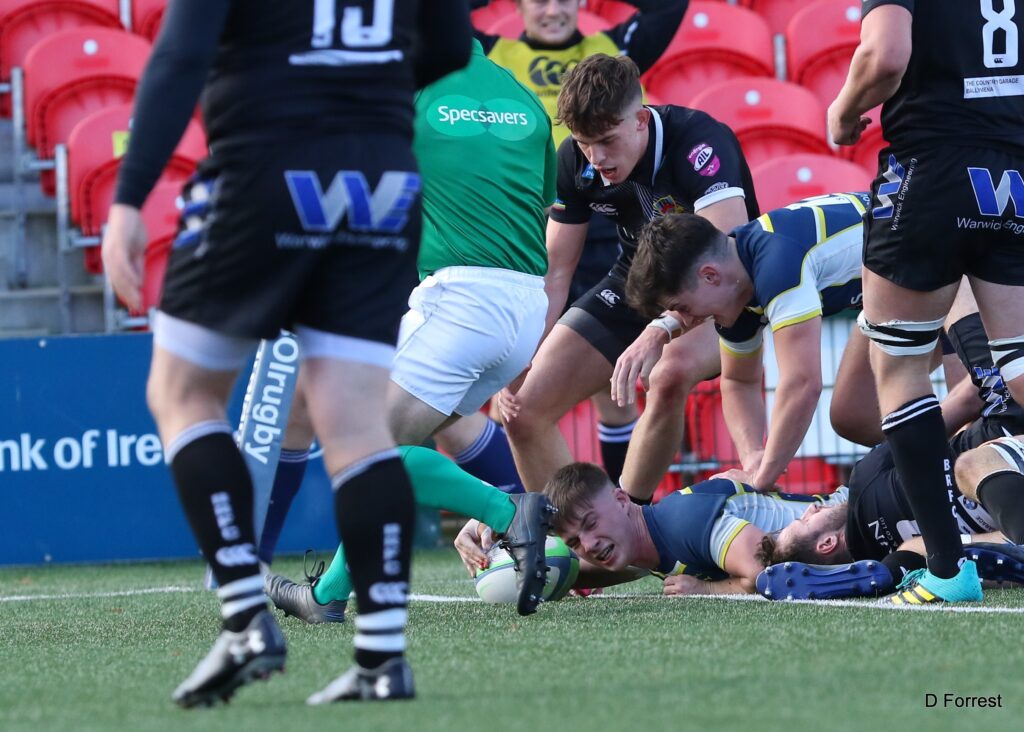 On a sun-soaked Saturday afternoon in Musgrave Park Dolphin took on northern rivals Ballymena in their 4th round AIL clash.

Coming off the back of a loss to Queens a fortnight ago, Dolphin had a major point to prove going into the game.

Dolphin got scoring underway in the opening minutes of the first half as a penalty taken by Cam O’ Shaughnessy went soaring through the uprights.

But a retaliation from the away side followed shortly as the ball crossed the whitewash twice in the space of 10 minutes.

This was soon followed by a third for the northerners as Rodger McBurney broke the line and sent winger Matthew Corr crashing over.

But Dolphin fought back and after a tough battle in Ballymena’s 22 they were finally rewarded for their efforts as they crashed over and scored that all important first try. With O’ Shaughnessy sending over the conversion the sides ran in at half time 10-21.

With the help of two Ballymena yellow cards in the opening of the second half Dolphin found themselves crossing the whitewash twice in the space of five minutes. With the help of both Murray Linn and Cian Scott Dolphin clawed their way back into contention with just a point separating the two sides, the score-line standing at 20-21 in favour of the visitors.

With less than three minutes remaining Dolphin’s final try attempt was held up. Possession then returned to Ballymena as they ran in one last try before the final whistle

The score-line finished 20-26 in favour of the visitors.

A hard-fought game right to the bitter end with the home side unfortunately falling at the final hurdle.

Dolphin have a one week turn around once again as preparations begin for Old Crescent away this Saturday.