As the sun shone down on Musgrave Park home side Dolphin met table toppers Queens University in the first of their final 3 matches of this years AIL season.

Coming off the back of wins against Ballymena up north and Old Crescent at home Brian Scott’s men were hoping to continue their winning form. But a tough contest awaited them as Queens had won 13 of their last 15 games.

With the wind swirling around them Queens got play underway. With just 6 minutes on the clock the Northeners got their first try of the game which was swiftly followed by a second minutes later. Both conversions were missed which saw Queens lead 10-0 after 15 minutes. 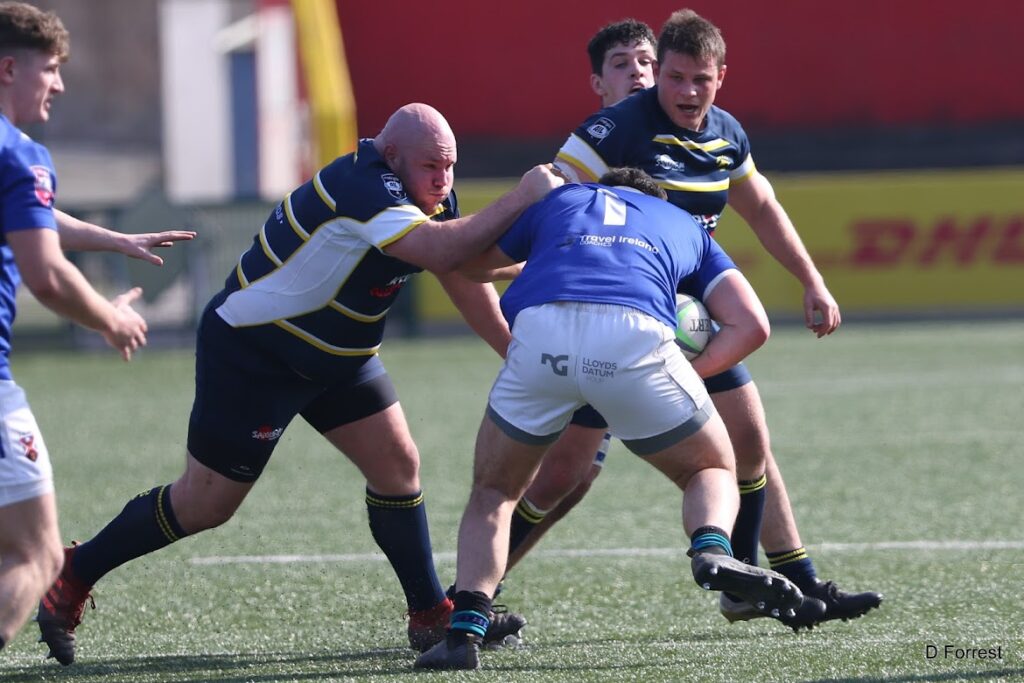 The home side finally got some points on the board just before the 20th minute from a penalty taken by full-back Daryl Foley.

But an onslaught of tries from the visiting side followed and by the 39th minute Queens led 39-3. But the fire was lit under Dolphin once more as on the stroke of half-time hooker Philip Dowling crashed over the whitewash. After a swiftly taken conversion, the sides ran into the sheds with Queens leading 39-10.

There has been many a time a team may have conceded with a score-line this major at halftime. But not Dolphin as they took to the field to put on an absolute show in defence in the second half.

With just 5 minutes gone Queens crashed over for what would be their final score of the game. This brought the scoreline to 46-10 with a full 30 minutes left to play. 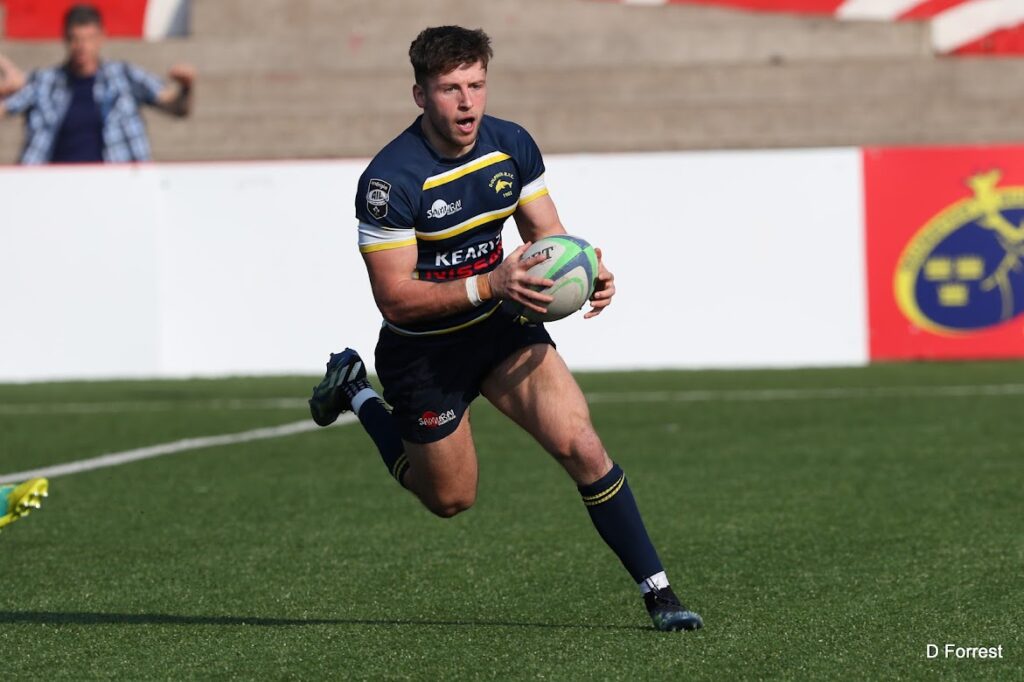 Dolphin fought back with a newfound confidence as we saw tries from Dave Jennings, James Vaughan and Cam O’ Shaughnessy.

As the full-time whistle blew a sigh of relief washed over Musgrave Park as the home side secured that vital bonus point. Even though they were beaten 46-29 the Leesiders remain mid-table and still have the chance to move up with two matches remaining.

Next match for the Flippers is away as they take on Rainey Old Boys up north next weekend. 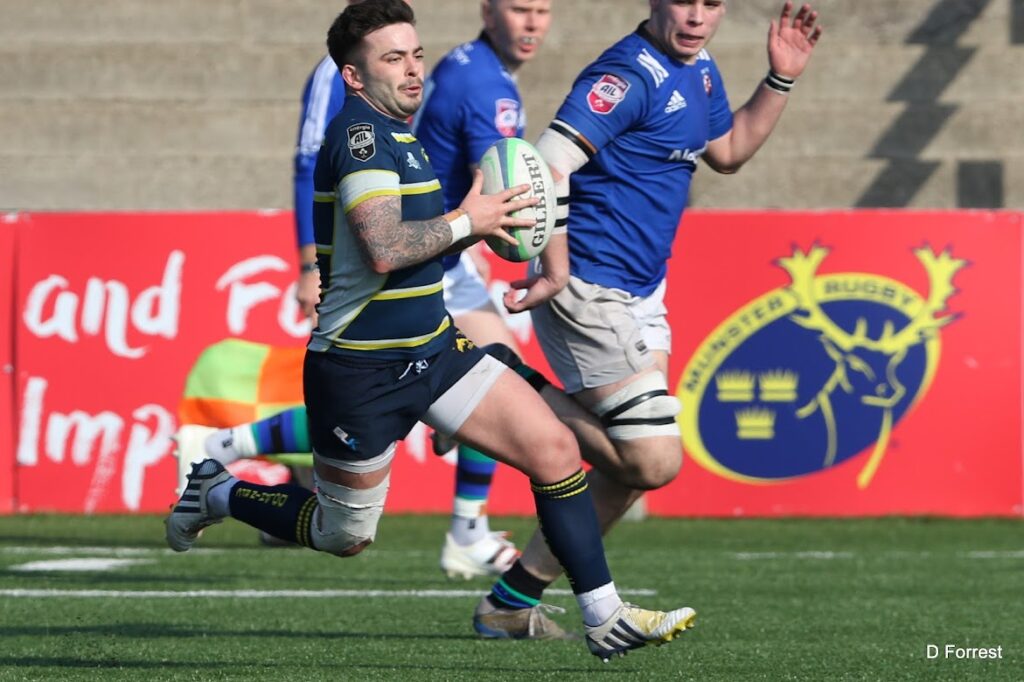 The countdown now commences for the curtain closer of this years league as they take on UL Bohs at home on the 9th of April. We hope to see you all there.