With the Christmas season just around the corner, Dolphin hoped to return to winning ways this weekend after a tough loss to Cashel last week.

The first try came in the opening minutes of the game as a lineout maul resulted in Phillip Dowling crashing over. Daryl Foley added the conversion and within 6 minutes Dolphin lead 7-0. 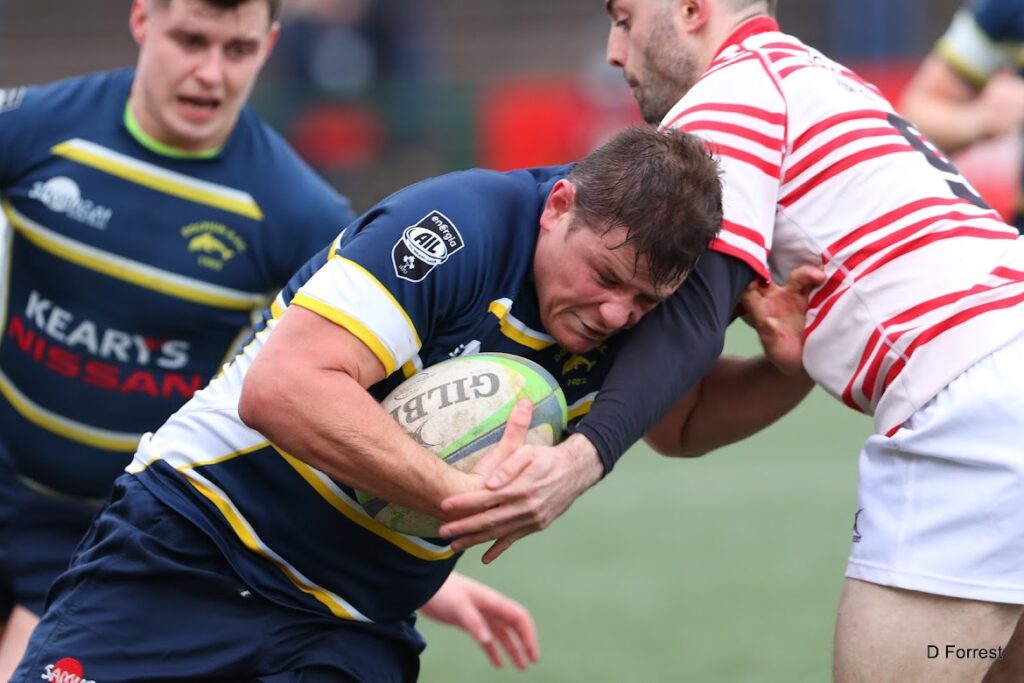 But the Tipp men retaliated as Fionn McGibney broke the line and ran in over the whitewash. After a quick conversion we saw both sides level at seven points apiece for the first time.

This did not last long as Dolphin’s Tim Marron crashed over for his first try of the afternoon. A busy opening quarter for the home side as after just under 15 minutes the score-line stood at 14-7. 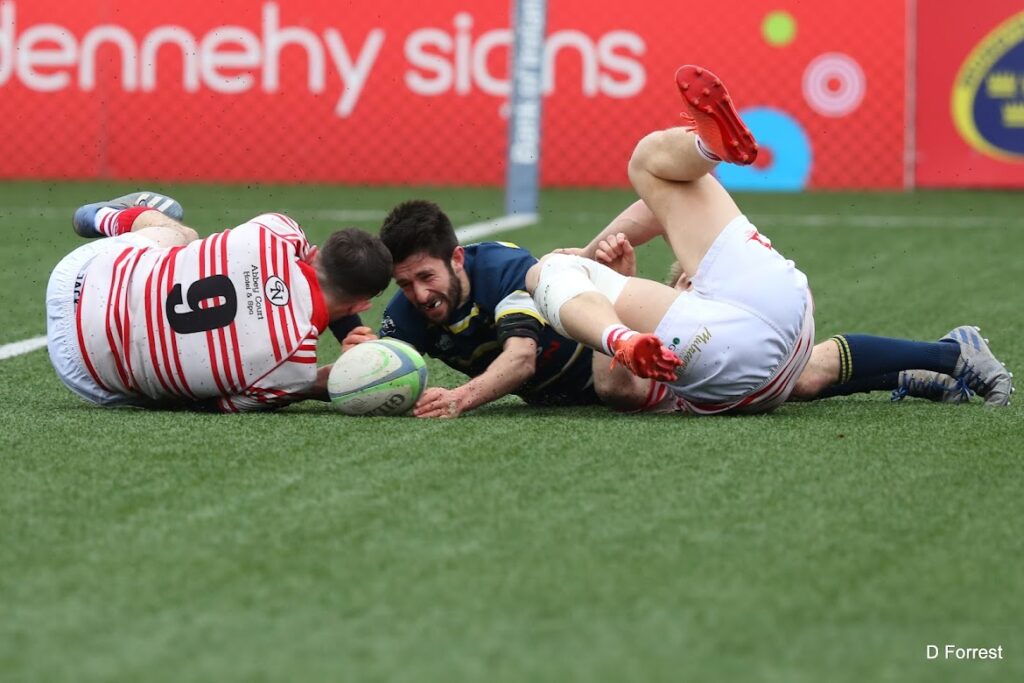 Dolphin were soon reduced down to 14 as Shane Scannell was yellow carded. But the home side didn’t flinch as they put on a fantastic display in defence. Before we knew it Scannell’s time in the bin was up and he returned back to the pitch.

Nenagh Ormond were last to score in the closing minutes of the first half. Followed by a missed conversion the sides ran into the sheds at half time with a score-line of 14-12.

It was the home side that dominated in the second half. With two tries for Murray Linn, a second for Tim Marron and the bonus point try from Craig O’Connell. All conversions came from the boot of super scrum-half Daryl Foley. 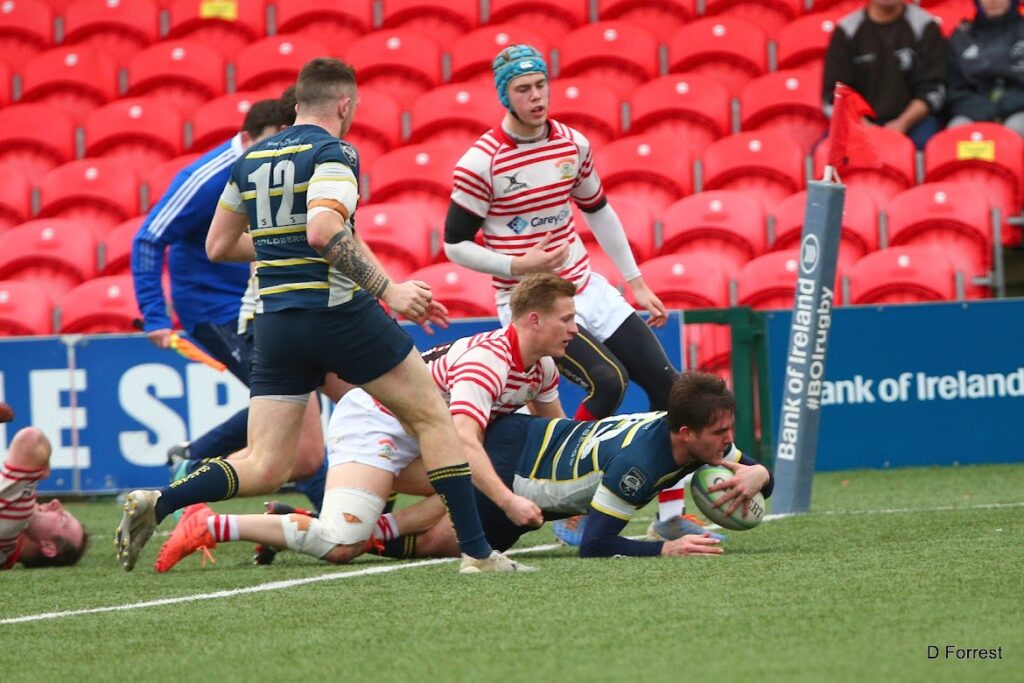 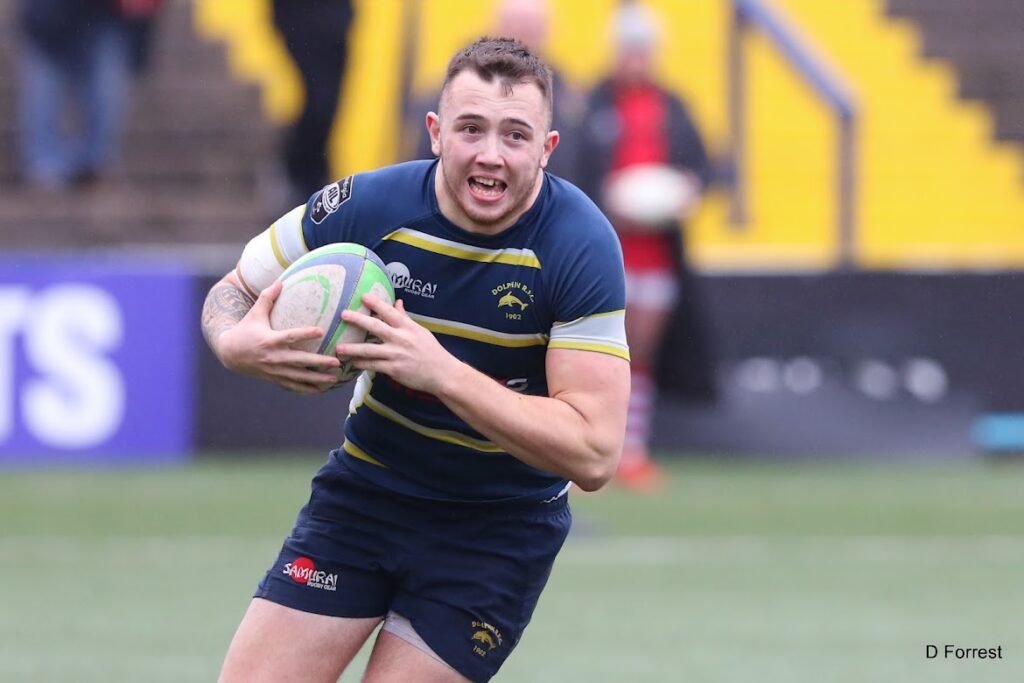 A fantastic win for Dolphin as the score-line at the final-whistle was 42-12.

A deserved win to wrap up this half of an incredibly tough AIL season.

Nenagh Ormond will return the favour in the New Year as Dolphin begin the latter half of the season as they travel to New Ormond Park on the 15th of January.