Dolphin played their best rugby of the season today in a comprehensive 6 try victory over Nenagh Ormond.

They put the visitors under pressure from the kick off, and were rewarded with an early try from Dalton O’Shaughnessy who was returning from injury. Daryl Foley converted and he made it 10-0 soon after from a straight forward penalty in front of the posts.

Dolphin kept the pressure on and Timmy Phelan scored the first of his two tries, and again Foley added the extras.Jussi Viljanen scored his first AIL try converted by Foley to make it 24-0. 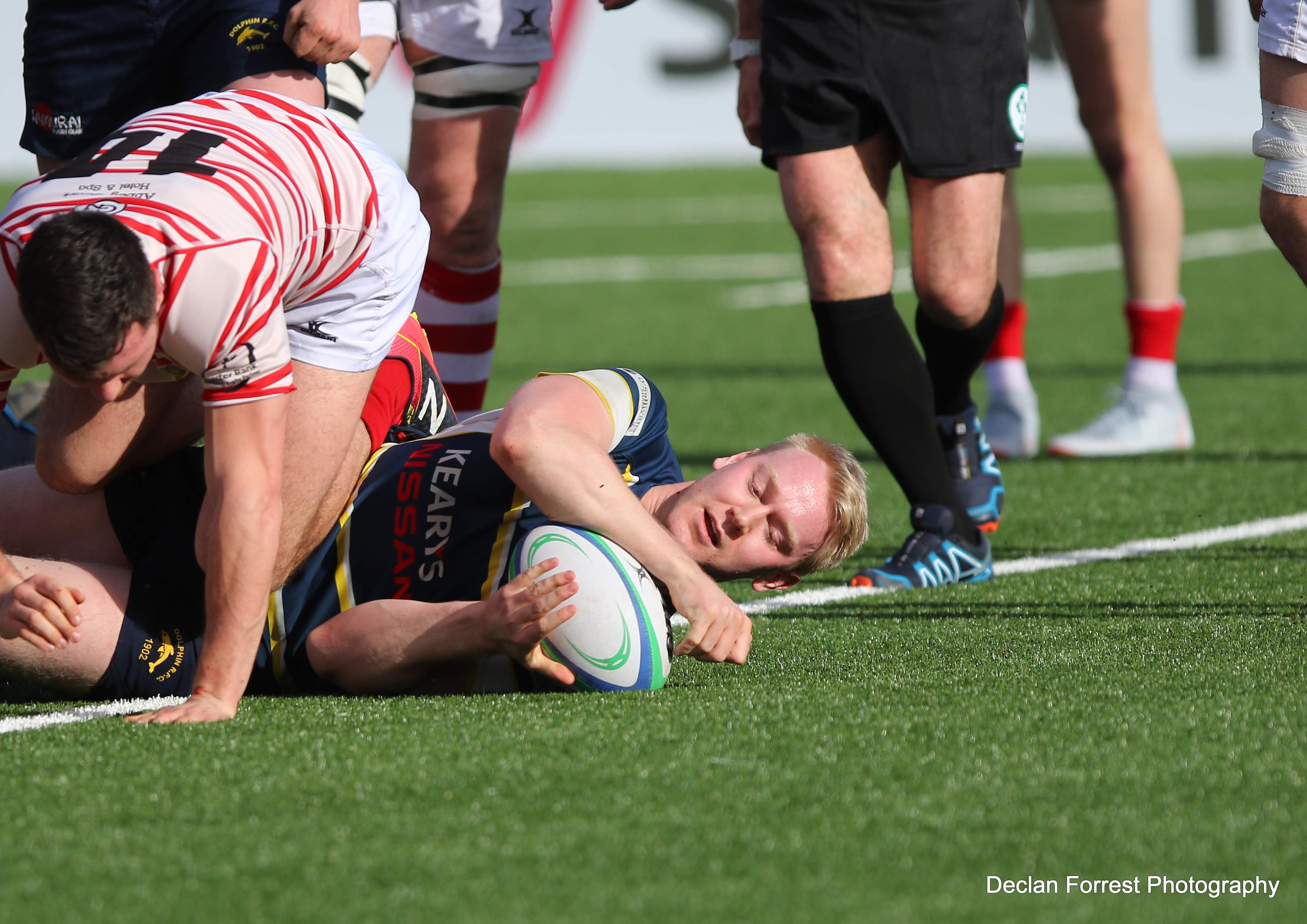 It was not all one way traffic and having been kept out a number of times, full back Peter Coman made it 31-5.

Dolphin did not give Nenagh a chance to build on the score as Alan O’Sullivan scored the 5th try, again Foley was on target with the conversion – 38-5.

A second try for Timmy Phelan made it 43-5

Nenagh were next on the scoreboard, a try from 2nd row Kevin O’Gorman, converted by Coman. Winger Keith Gleeson gave the Tipperary side a 3rd try 43-17 and a chance of a bonus point.

Dolphin defended well and it was they were in the Nenagh half and were awarded a penalty and Daryl Foley kicked the penalty, the final play of the game- giving him 7/8 succesfull kicks, and a personal tally of 21 points. 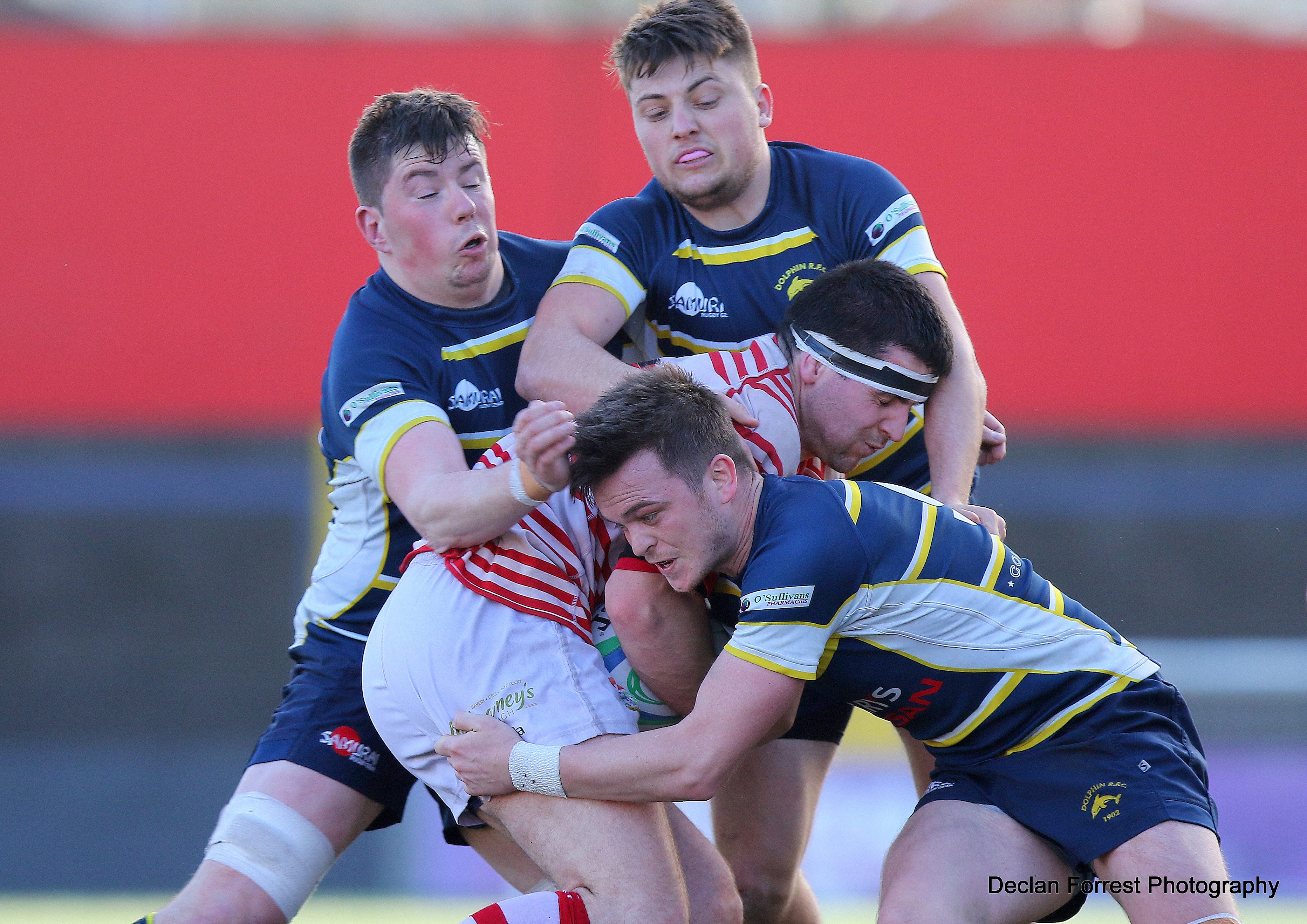 The Blue Wall in action

Next week is another important game, against bottom side Galwegians in Galway.

Declan Forrest Photos of the game