Dolphin were very impressive in this comprehensive victory over their Northern visitors Rainey Old Boys. Dolphin went about their work in a very clinical fashion and were the first on the scoresheet with a try from Brian O’Mahony in the opening minutes in the left hand corner, Daryl Foley failed to convert in what turned out to be the only blemish in a highly impressive day off the tee.

Out half Scott McLean made no mistake with a penalty for the visitors after 10 minutes, but following a quick lineout, Dolphin crossed in the left hand corner, this time through Alex Denby, converted by Foley.

Dolphin left a few scoring chances behind them before a rare lapse in defense allowed before Conor Fitzsimmons cross for a converted try and there was just two points between the sides.

Two penalties from Foley increased the lead to 18-10. Dolphin pressure in the dying minutes of the first half resulted in the concession of a Rainey Old Boys yellow card. Dolphin elected for a scrum, No 10 Cam O’Shaughnessy made a break and Murray Linn who was on his shoulder crossed for try no 3 , converted by Foley and Dolphin led 25-10 at half time. 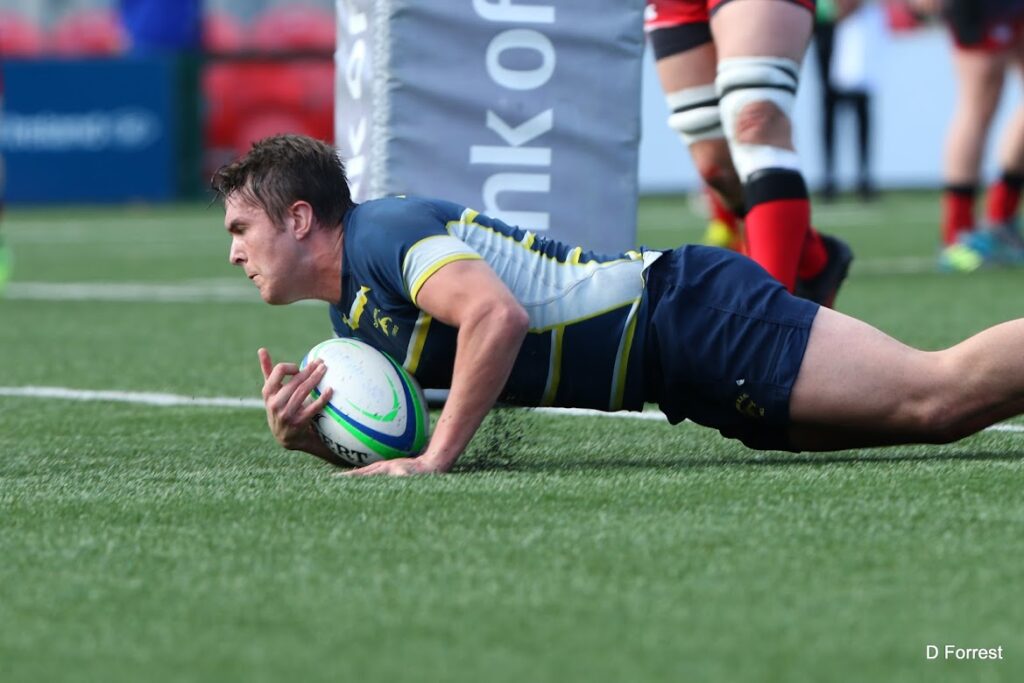 A determined Rainey Old Boys team came out strong for the 2nd half and quickly reduced the gap to 25-10. As the Yellow Carded player was getting ready to return a Rainey Old Boy winger saw yellow for a tackle in the air ( what a photo from Declan Forrest) and Dary Foley made it 28-10.

With a penalty advantage, centre Sam Boyle spotted winger Rob Reardon was unmarked and kicked ahead while Rob watched the bounce and gave Dolphin the bonus point try, once again converted by Foley. 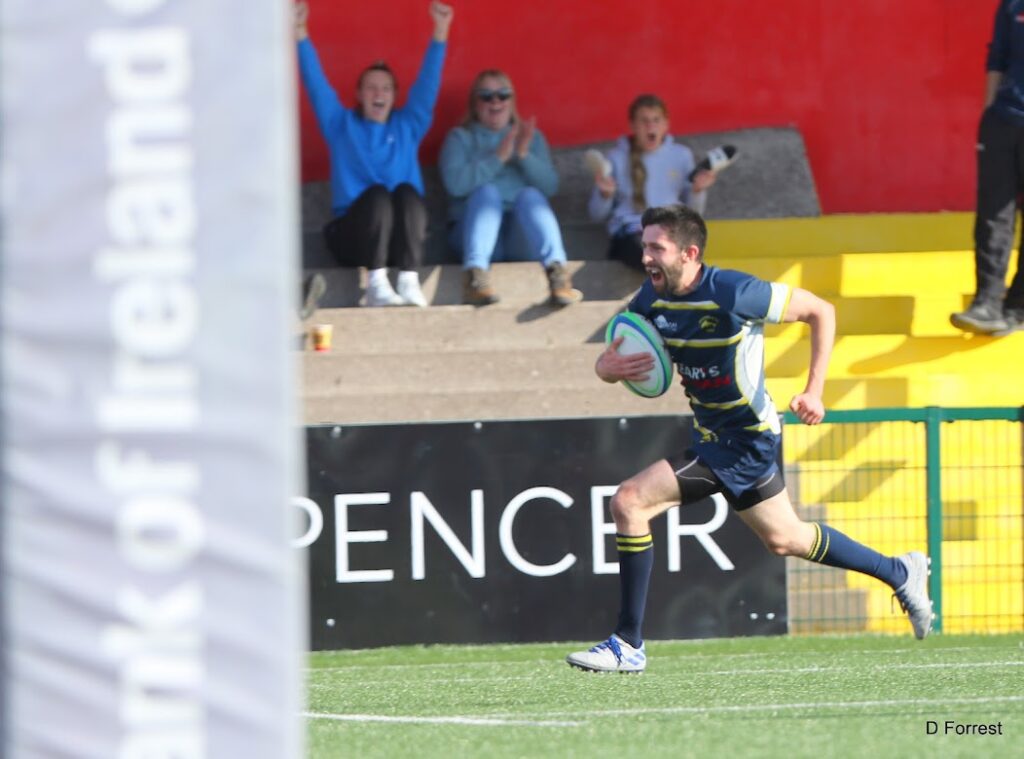 A loose kick from the visitors was collected by full back Tim Marron, he put up a kick and followed it up himself. He caught it and landed unchallenged and raced over for try number 5 – no wonder there was such a smile on his face. 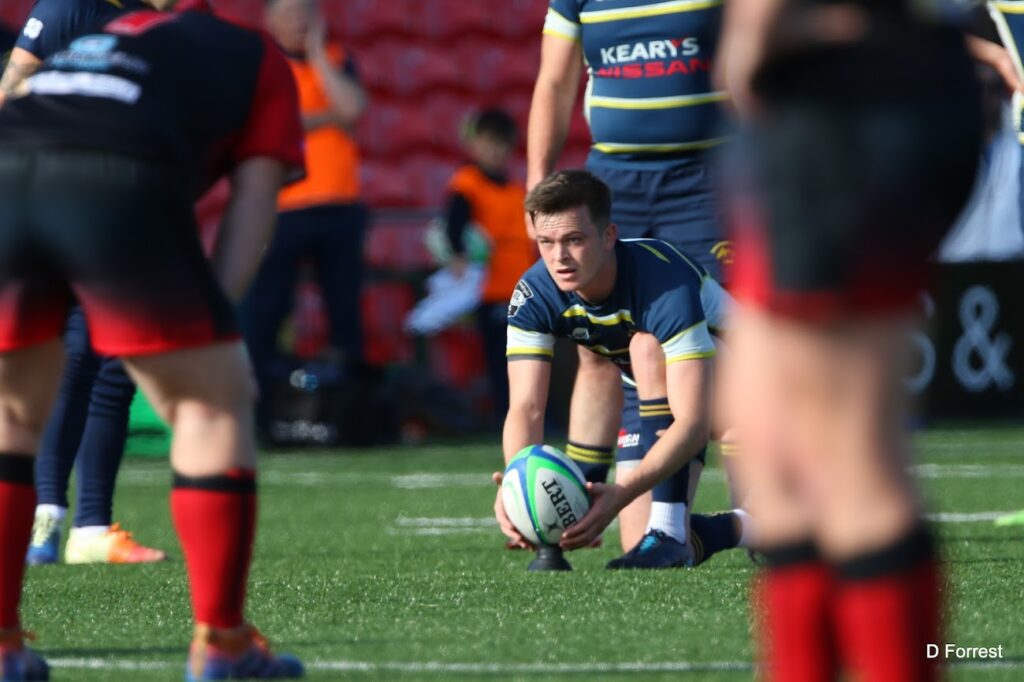 Replacement centre Craig O’Connell scored the next try and Foley converted and as time was running our, the opening try scorer Brian O’Mahony scored a 2nd try and Daryl Foley made it 21 points from the kicking tee.