It was a perfect evening for a game, and a good crowd happy just to be out attending. They did get an entertaining game, Dolphin played well but the coaches will have noted plenty of opportunities for improvement.

Dolphin started brightly and forced Sundays Well to put in many tackles, switching the angles of attack until No 8 Craig O’Herlihy scored the opening try with plenty of options on either side had he needed them. Daryl Foley converted. 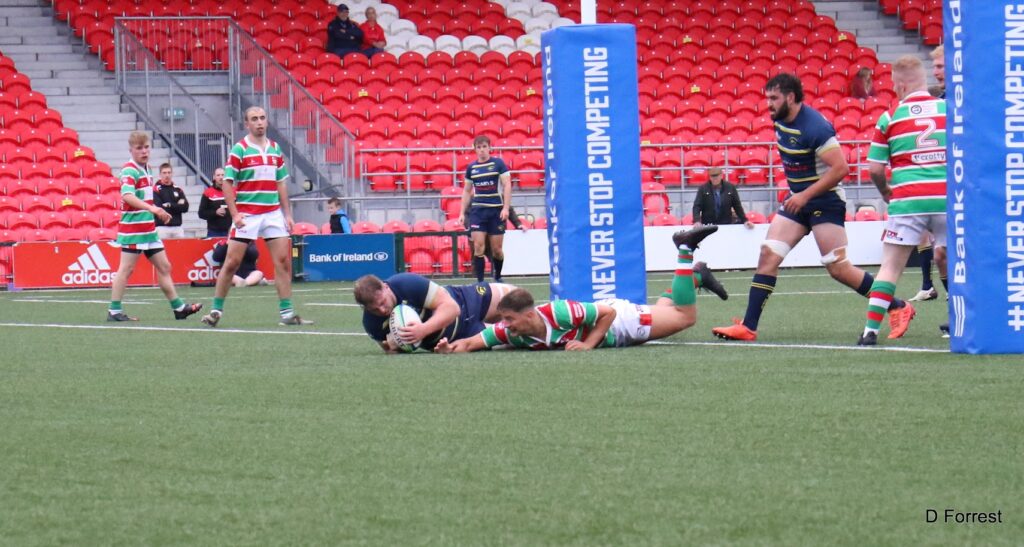 After the water break Dolphin had try No 2, from No 2 Cian Scott who was part of a strong maul and Foley made it 14-0.

It was in the period before half time that Dolphin got home their advantage and scored 3 tries from Craig O’Herlihy, Kevin Allen & Matt Barry to lead 29-0 at the break. 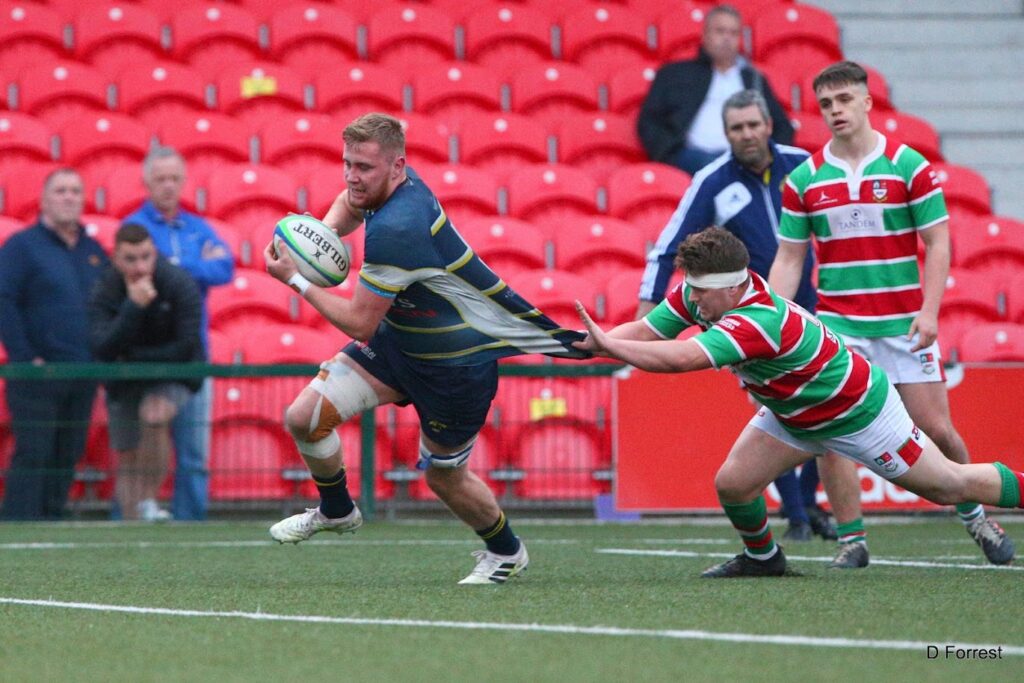 Denis Hurley must have given his charges some half time talk because Sundays Well came out all guns blazing and for 6/7 minutes it was backs to the wall tackling by Dolphin until a moment of magic from out half Cameron O’Shaughnessy. 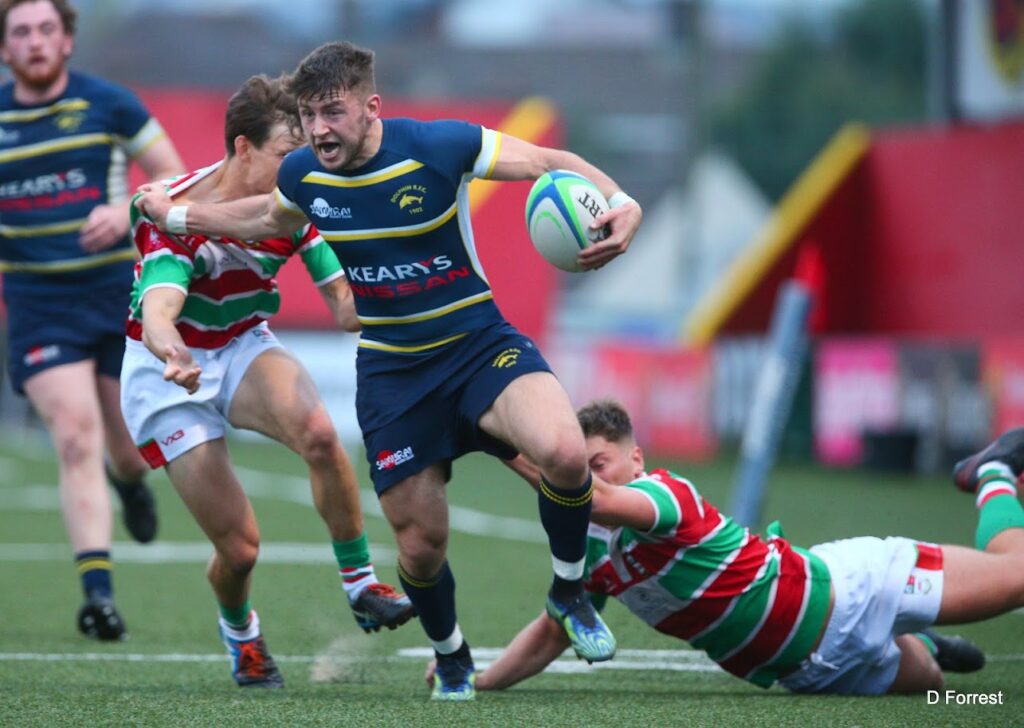 He ripped the ball in the tackle from the Well player and took off running from close to his own line. He kicked ahead and brought Dolphin into the Well 22 and from a subsequent maul from 15 m out Dave Jennings scored a try converted by Foley 36-0.

While the forwards had been doing all the scoring, the backs were running good lines but the Well defense was holding firm, until Craig O’Connell ran a perfect line from just inside the 22 and blew the defenders away and scored try no 7, again converted by Foley. 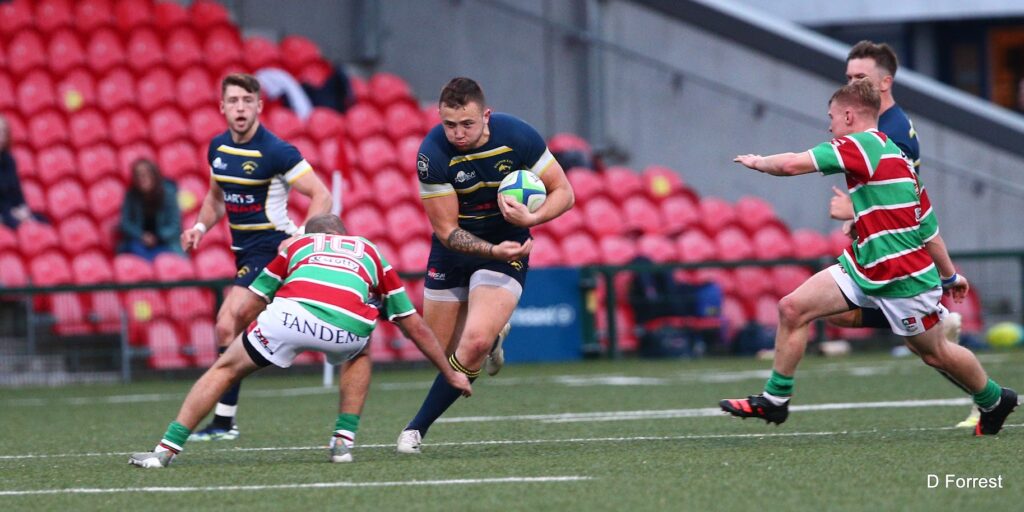 In fairness to Sunday’s Well they did not give up and the last 15 mins was mainly dominated by them. They finally scored the try they deserved on the corner flag and a wonderful successful conversion followed. Before the end of proceedings Sundays Well scored a 2nd converted try to leave matters Dolphin 48 Sundays Well 14.

Players were credited with tries “by committee” of spectators/substitutes, it appears that someone was credited in error as Cian Scott scored twice. This shows just how difficult it can be.