Declan’s early rugby days may have been in the black and white of PBC, but he spent much time in Musgrave Park watching various Dolphin sides with his dad Joe, who was Dolphin President in 1979. His brothers Kevin & Paul also played with Dolphin.

Declan played in 2 Munster Senior Schools cup finals with PBC, being on the winning side in 1978 alongside Mick Kiernan. He went on to UCC and at just 19 he started his coaching journey with the PBC U 13 side. He continued playing and won a Munster Junior Cup medal with UCC.  He moved up to coach the PBC Junior Cup side and they won four successive Munster Junior Cup titles. Four Senior cups in five seasons then followed.

He coached the Irish Schools side for four seasons, highlights were  a Triple Crown and in 1992 a 9 game tour to New Zealand. They won 7/8 warm up games against quality opposition. They came up short against a very good New Zealand side which contained future senior internationals, Jeff Wilson and Jonah Lomu, only a late Wilson penalty gave the home side victory.

He had being playing senior with Dolphin from the 80’s until 1993, having played two seasons in the AIL making 11 appearances at 10 in the clubs 18 games. With Mick Kiernan  being the designated kicker  he did kick three conversions and also scored two tries and  two drop goals. That makes him Dolphin’s joint 4th drop goal scorer in the AIL. Interestingly, he played on the  Dolphin 1986 & 1989 sides that beat Swansea and he scored a drop goal in both games.

In 1995 he took over as Dolphin coach from Phil O’Callaghan. With forwards like Terry Kingston, Tom Keogh, Eddie Walsh, Peter & Philip Scott, Philo built his game around a powerful rolling maul. Out went the hours of laps, scrum and maul practice, to be replaced by an extensive fitness programme and a quick ruck game. It took time to adapt, a realignment of the Divisions in the first season meant that Dolphin remained in Division 2.

He introduced many new systems, warm downs before they ever became fashionable. He attracted some young new talent for the 2nd season and the club won promotion to Division 1 in his 2nd year in charge (1996-97)

Dolphin did have a little wobble as the season was getting to an exciting stage, with four games to go, Kidney was off to Argentina coaching the Irish U 19 side at the World Cup. He did his preparation before he departed. He left two speeches to be relayed to the players, one for a win and one for a loss. Ireland were knocked out at the semi final stage, he returned to oversee  victory in the last two games.

Going to Malone for that final game, the side were extremely nervous, needing victory for promotion. Then Kidney produces a video, one he had got from a Hotel in Torquay of the antics of the team on a pre season tour, it took the tension out of everything and victory followed.

Deccie was on the rugby radar, Munster were looking for their first professional coach, John Bevan accepted the position but then changed his mind and rather than taking Dolphin to Division 1  Deccie went to Munster.

In 1997 and 1999 he brought Ireland to the semi finals of the U 19 World Cup, but 1998 was to be their year to lift the trophy. It was not without controversy, in the Q/F they were 17-0 down after 25 mins, they scored a last minute try which was converted by Brian O’Driscoll to level the game. It went to penalty kicks, five players who were on the pitch at the final whistle, Ireland missed two and were out, but inexplicably South Africa used a player who had been replaced. This rule had been laid out at two pre tournament meetings and by the referee on the day, and Ireland went through to the final and brought the trophy home from France.

An historic three interprovincial titles in succession, a Celtic League Title, a  European Cup final and semi-final appearance in successive seasons underline his coaching prowess and his ability to extract the best from his players. He also won a Triple Crown with Ireland A. He became Assistant to Irish Coach Eddie O’Sullivan in 2002. With O’Sullivan being offered a 4 year contract before the 2003 World Cup, this combination was not destined to last. Deccie went for the vacant Head Coach position with Newport Gwent Dragons in 2004, just as soon as he accepted it  Gary Ella parted company with Leinster and less than 3 weeks after taking the Dragons job he was confirmed as the new Leinster Coach.

He re-joined Munster in 2005 and in his  first season Munster won the Heineken Cup and again in 2008. The celebrations of the 2nd Heineken Cup were just dissipating when he took over the Irish Head Coach role in July 2008. Like his return to Munster, his first season was phenomenal a Triple Crown, Grand Slam and the Ireland Wolfhounds won their first Churchill Cup. He was awarded the IRB Coach of the year in 2009 and the Philips Manager of the Year for the third time in four years. He was awarded an Honorary Doctorate by UL in 2009. 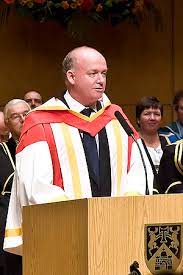 The World Cup in 2011 saw another quarter final exit, on the way they had their first ever clean sweep of their pool and first ever win at a World Cup against a major side (Australia).

In 2013 Ireland had a poor run, much of it due to a terrible run of injuries, culminating with a loss to Italy. That game is remembered for Peter O’Mahony being moved out to the wing due to injuries in the backs, and yellow cards for Brian O’ Driscoll, Donnacha Ryan and Conor Murray. That loss was Kidney’s final game in charge.

He then changed direction and in August 2013 he was appointed Director of Sport and Physical Activity at UCC. He had other coaching opportunities but he wanted to be at home with his wife Anne who unfortunately passed away in 2016.

London Irish came calling and he was appointed a technical consultant in March 2018, moving roles to being Director of Rugby in May 2018. He is relishing the role with London Irish and hopefully he will continue to do so.