It was was deep sadness we learned today of the untimely death of Gerry Harrington. Gerry was well known to most of the members of the club, having played for Dolphin, coached underage teams for many years, before moving on to coaching our adult sides. 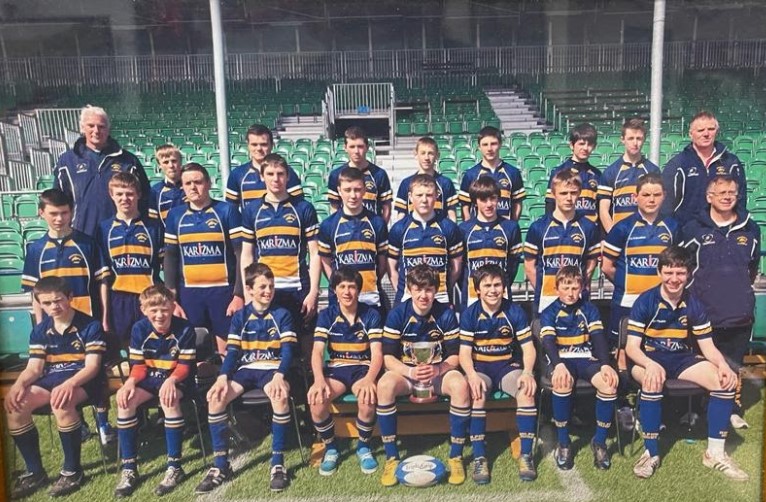 Besides the Cups, the players have great memories of a number of UK Tours they went on, Gerry being the main instigator. One had a direct influence on that U15 Cup victory. They went to Swansea the week before the final and came back a better team. They played Penclawdd in the Gower Peninsula who had quite a number of the Swansea Schools team. The hosts tried out a penalty move from the 5m, while it did not work, coach and team manager looked at each other and said we should try that.

The following weekend Dolphin played Skibbereen in the u15 final, with a penalty close to the Skibbereen line, Penclawdd was called, and present Senior Full back, Timmy Phelan powered over for a try, setting Dolphin on the way to victory.

Gerry went on to become a popular J2  & J1 coach for a couple of seasons before he crossed to Sundays Well to assist with the Senior Squad before his illness.

His daughter Cáit is in the Senior Women’s squad, when discussing the Women’s side a few months ago, he proudly told the writer that his daughter was in the side. Unfortunately he was not in a position to see Cáit take part in the Women’s Senior Cup last month, but was well represented by Liam who gave a hand with the team.

Our deepest condolences go to his wife  Áine, and his children  Seán, Liám, Cáit & Ciarán.

Requiem Mass at 10.15am on Monday (December 27th) in the Church of the Holy Spirit, Dennehy’s Cross which can be viewed on