It’s a year in the planning  (or the waiting) but it has finally come. We hope everyone has a safe and enjoyable trip to London Irish. 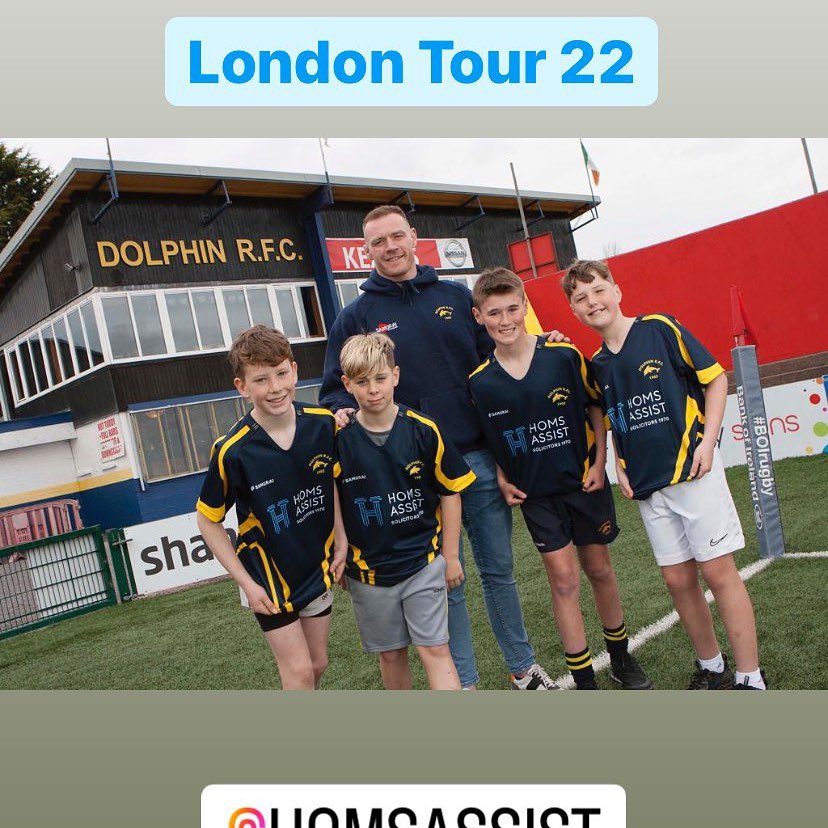 We would like to thank all the sponsors that made this happen. 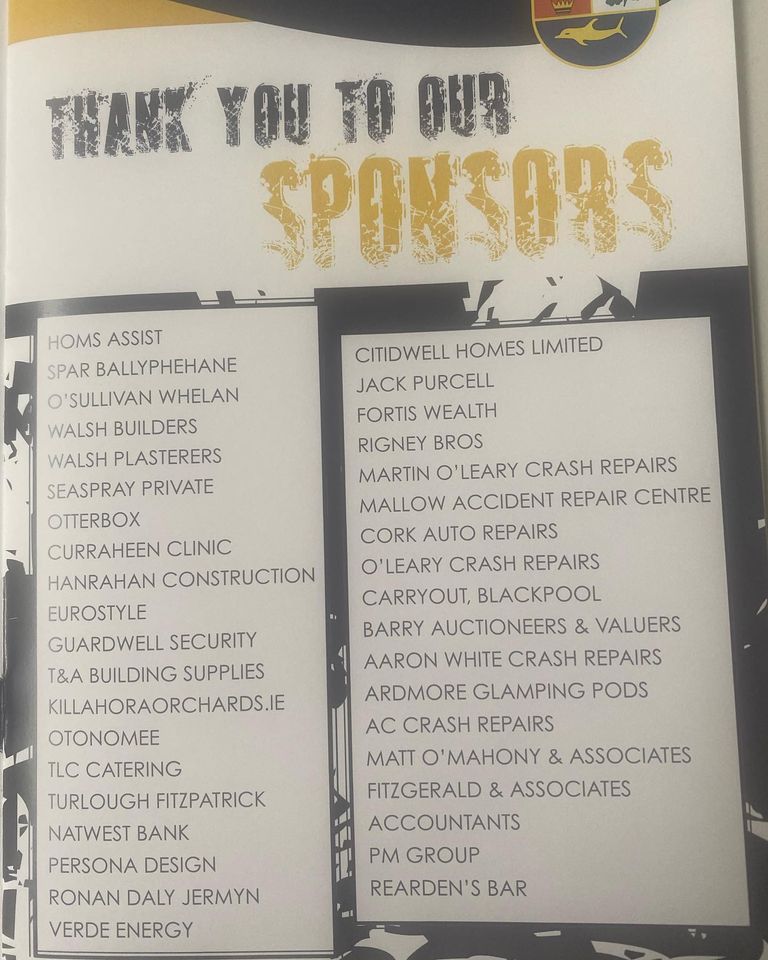 There are many links between Dolphin & London Irish over the last one hundred years, from fixtures, players, coaches, and Club officials.

Dolphin travelled to London to play London Irish on 12.02.1927, unfortunately due to a severe frost the grounds were unplayable. The hosts brought them to lunch in Twickenham and on to see England narrowly defeat Ireland 8-6.

Since London Irish was formed in 1898, they have awarded Honours Ties, for good play, to a back and a forward from each team annually.

Two former Dolphin players were awarded Honours Ties for the 1st Team, J W Savage in 1928-29 and Squadron Leader Billy Igoe in 1946-47. Savage was London Irish Vice Captain in 1931/32 and played in the annual Anglo Irish XV against Lansdowne, the Irish selectors would attend before selecting the players for the Final Irish Trial.

Billy Igoe was playing out half for London Irish in 1935 when he was offered a place in the final Irish Trial. Due to service commitments, he was forced to turn down the offer and it may have cost him an Irish cap as the man picked for Ireland was playing on the London Irish 2nds. He was vice captain of the 1st team in 1938/39, nine of the team were lost in the 2nd World War. He was Senior captain in 1949, when 38, he retired from playing two years later.

Former Dolphin & IRFU President Gerald Reidy featured with London Irish in 1952. The Irish international scrum half Andy Mulligan played for London Irish that same season when only 16- calling Andy a Dolphin man is a slight stretch, he joined Dolphin in March 1963 for the couple of months before heading to South Africa with Ireland. He was not eligible to play for a period, selected for a game but the game was called off, missed another game as he was in London in business, in the end, never actually played with Dolphin.

F W Williamson from Wexford was President of London Irish for 2 seasons between 1971-73. The former Dolphin fullback was capped 3 times by Ireland in 1930.

In 1979 former London Irish backrow Michael Condon made his Dolphin debut, he later became Director of Rugby in Dolphin.

Tomás O’Leary spent 3 years with London Irish (2013-15) in between his two stints with Munster & Dolphin, making a total of 40 appearances for the Exiles.

When Dolphin defeated Malone in Belfast in 1997 to qualify for Division 1 of the AIL for the first time, a Dolphin supporter, Terry Long flew to Belfast from London to watch it. Terry was President of London Irish from 2018-2020 and is currently President of Surrey Rugby.

Former Dolphin out half and Senior Coach Declan Kidney joined London Irish in March 2018 as Technical Consultant and is Director of Rugby since May 2018.

Dolphin’s London Irish U12 tours originated from a PBC school reunion and a conversation between Michael Connole, London Irish Secretary and Feargus O’Donoghue about 8 years ago. An invitation arrived and was passed on to our Minis and they have been making the annual trip ever since and for many is the highlight of their time as a Dolphin Mini.

Since this was published we have had an addition, a story told by the late Bill Twomey

Turlough your excellent piece on London Irish connections reminds me  of a story I heard from Bill Twomey himself.

Bill was General Manager of Cork Opera House when it burned down in 1955 (I think). He was also the voice of Irish Rugby on Radio Eireann.

He was Irish Rugby’s answer to Micheál O Hehir.

He attended every Tuesday and Thursday training and every Saturday and Sunday match. He was amazing in his devotion to the club.

In 1959 Tony O Reilly was the star of the Lions tour to Australia and New Zealand (and Canada). He scored 22 tries and they say that he was offered the lead in the upcoming film Ben Hur. The gossip papers were full of his romance with the daughter of an Australian Millionaire Sheep Farmer and Mining Mogul, the beautiful Susan Cameron.

At that time Tony was based in Cork working for Suttons and playing for Dolphin. When he returned from the Lions he had with him his new best friend Andy Mulligan, an acerbic East Counties Cambridge student.

There to greet them on his return to training in Musgrave Park was Bill Twomey. He warmly greeted Andy saying “ Andrew, any friend of Tony’s is more than welcome in Dolphin any time”.

Shortly after that Mulligan disappeared and there was no sign of him for a month or so.

One cold Tuesday evening about 4 weeks later Mulligan turned up with his training gear.

The bould Bill was on the ball “Ah there you are Andrew, we thought you had deserted us” “Not at all” said Andy ” O Reilly sent me back to Australia to count the sheep”