25 years ago this week

Home/Uncategorized/25 years ago this week
Previous Next

25 years ago this week

25 years ago this week Dolphin defeated UCD at Belfield by a score of 6-3, only once in Dolphin’s 400+ All Ireland League games was there a lower score in the game.

The match report is below, but it would be interesting to look at what else was happening that season, the photo’s from the 1994/95 & 1995/6 yearbooks.Coach that season was   Phil O’Callaghan, while the Senior Captain was Barry O’Neill, pictured above. There were 10 teams in Division 2 and Dolphin were not in the greatest position having lost their opening four fixtures. They started January in positive form with a 26-17 victory over Bangor, whose outhalf that day was Mark McCall, present Director of Rugby with Saracens. The following Saturday they had their 2nd victory over UCD. 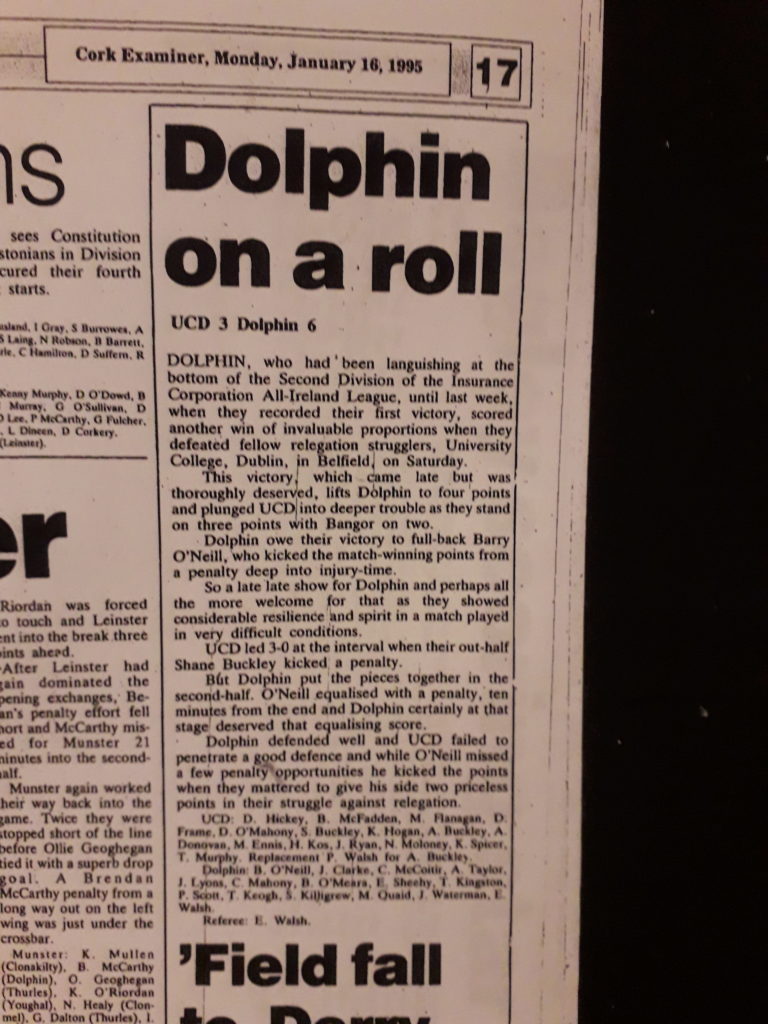 They followed this up with two losses and when they drew 17-17 at home to Bective Rangers in their penultimate game it looked all over for Dolphin. Their final game was away to Old Belvedere who were being presented with the Division 2 trophy after the game. Dolphin needed to win and UCD had to at least draw with Greystones. The presentation was disrupted when the news came through, Greystones 34 UCD 34 and Dolphin stayed up.

The AIL got plenty of coverage in the Cork Examiner back in the 1990’s, it is interesting to look back at the headlines in the Dolphin games.

Dolphin are so determined

Dolphin on a roll

On the international stage, Terry Kingston made the club proud, leading Ireland into World Cup. Just a comment on Tweed is Dolphin’s tormentor, Davy Tweed scored a few tries against Dolphin and a couple of weeks later he was Irelands oldest debutant at 35. 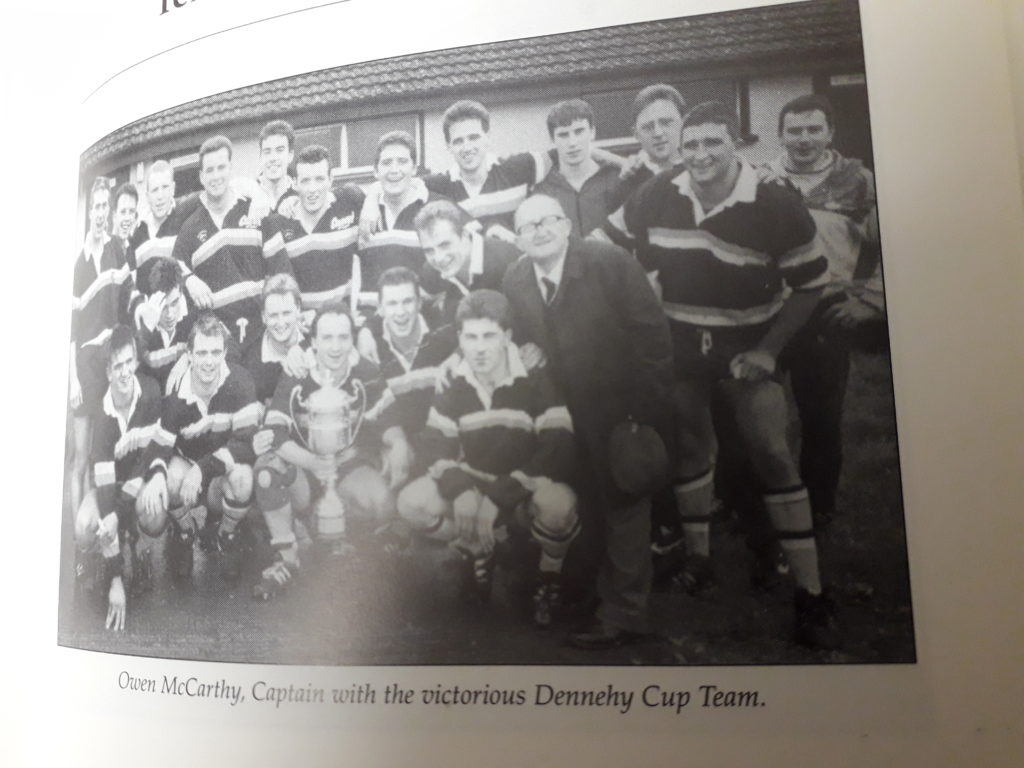 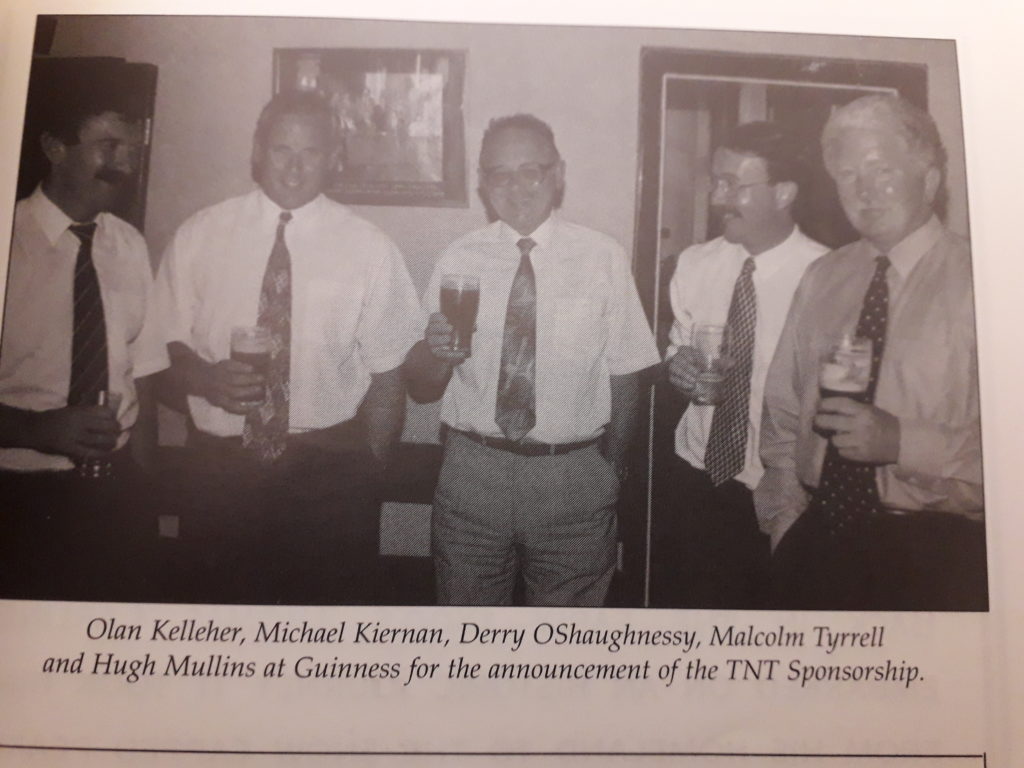 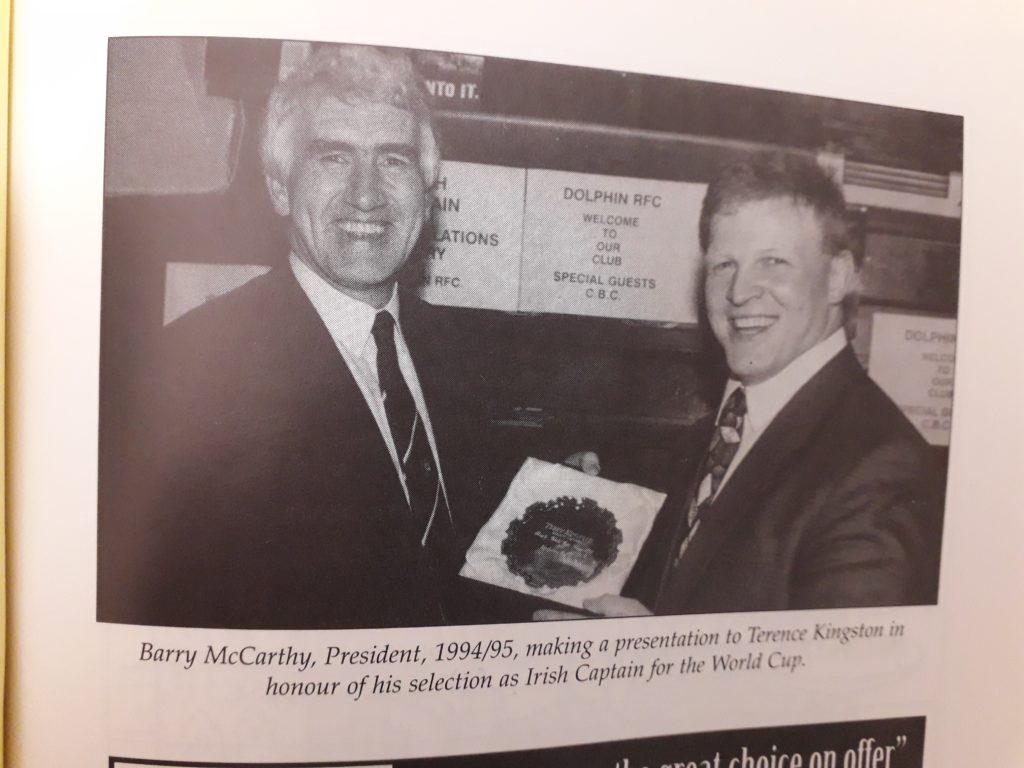 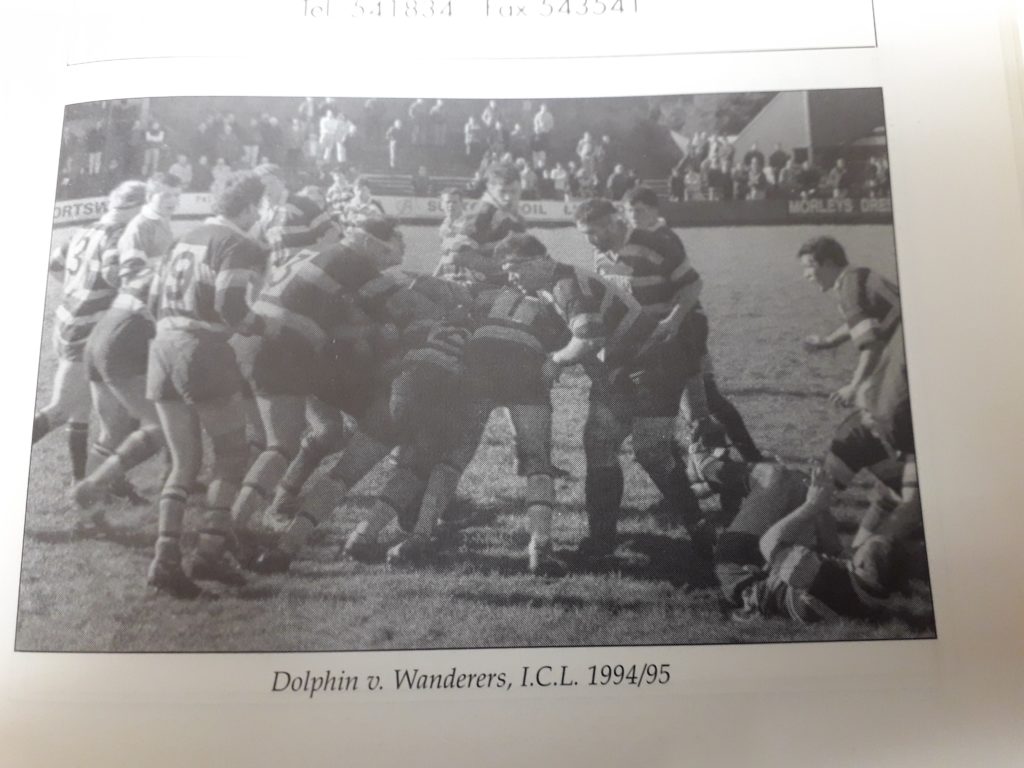