A very positive AGM was held on 31st May in front of a significant number of members.

We had very positive Rugby + Financial Reports and an update from the “125 Committee” (plans on how we achieve our rugby, finance + structural plans ahead of our 125th Anniversary in 2027-28). 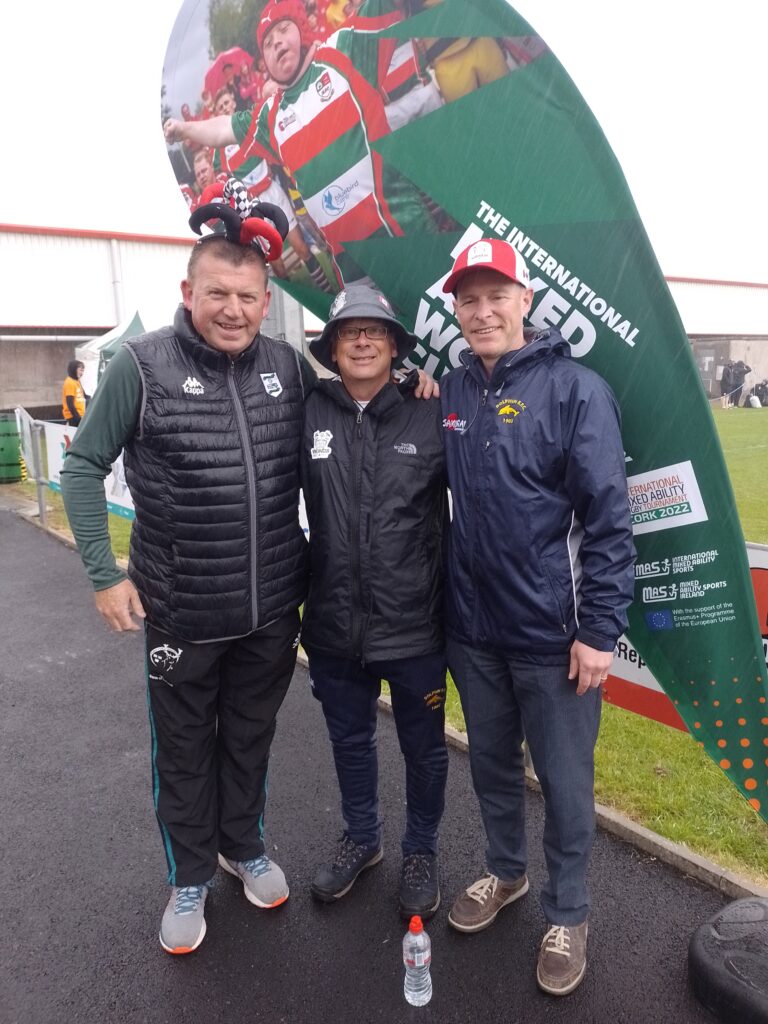 Ger had volunteered for the week and was Team Liaison for the Oshawa Vikings from Ontario. On his suggestion Dolphin twinned with the Vikings while the proud West Cork man, Diesel was supporting the West Cork Jesters and his godson. The sides of course were in the same group and met in day 2 of the competition.

Looking ahead to the 2022-23 season, we are looking forward to very good news on coaching news, supporting Brian Scott, and will confirm this very shortly.