NIALL SCANNELL MIGHT have been on holidays now, like so many other Irish players who missed out on squad selection for the trip to Australia, but an injury to captain Rory Best brought the Munster man into Joe Schmidt’s touring party.

And after a disappointing day for the Irish scrum last time out, Scannell’s set-piece strength has now seen him sprung into the starting team for the second Test against the Wallabies.

It’s certainly the biggest start of the 26-year-old’s career, though he has worn Ireland’s number two shirt against Japan, the US and against Italy in the 2017 Six Nations – when Best was also ruled out at a late stage through illness and Scannell earned his debut.

Scannell will win cap number eight at AAMI Park on Saturday and this huge Test match gives him the chance to ensure he finishes what has been a frustrating season on a positive note.

Suffering injury niggle after injury niggle, Scannell has been only intermittently at full fitness and Munster opted for Rhys Marshall at hooker ahead of him for many of their biggest games this season.

A badly-timed rib injury meant Scannell missed out on being involved in Ireland’s Six Nations squad and although he did come back into the set-up later in the championship, he played no part on matchdays.

Despite those woes, Scannell finds himself with a prime opportunity to show Schmidt exactly what he is capable of at the very highest level.

“Obviously, Rory has the jersey at the moment, we all know that – he is the skipper and the rest of us are probably fighting for that second spot and being honest I thought I had a good summer last summer in Japan and America, but this season didn’t really break for me, I didn’t really get a flow of games,” said Scannell this week.

“I have felt I have fallen out of that hunt a small bit and I probably got on the plane fortuitously – after Rory failed his fitness test – but since I got here, I have just tried to knuckle down and get on the same wavelength as everyone in terms of the knowledge, the detail and to work physically hard. 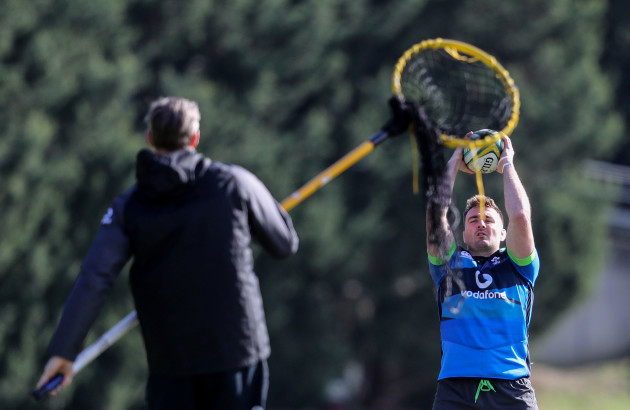 “Now, thankfully I have been given a chance. I just have to grab it.”

Scannell’s father and sister are in Australia for his proud day, while he also has an aunt and uncle in Sydney, so the hope is to be involved in the third Test too.

The hooker is enjoying every moment of being involved with Ireland on such an important tour, but he points out that being part of it isn’t enough – he has to make an impact for Ireland.

“It was the ultimate, getting my first cap [against Italy last year] and seeing how proud my parents were, that was brilliant,” said Scannell

“The more you’re inside the environment, there’s the honour of playing for your country and that’s the main thing, but it’s such a proud, competitive, winning team that there’s pride in being here, but there’s also an onus and responsibility to push things on.

“I love that I’m here, I’m enjoying being here, but at the same time there’s that sense that I have to add to this.

“I want to be able to hang up that number two jersey on Saturday thinking, ‘I added something to this.’”